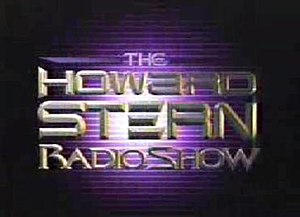 You may be asking the question, “who is Howard Stern?”

He’s an actor, one-of-a-kind radio personality, TV host, author, and most recently, a photographer, who usually ruffles a few feathers because he doesn’t apologize for who he is.

I know what you’re thinking. Amandah, a woman, listens to ‘shock jock’ Howard Stern. What?

I used to listen to Howard when he was on local radio (he’s on Sirius Satellite Radio); I’d change the channel if the material was too raunchy for me.

Let’s face it; if shocking people works for ‘shock jock’ Howard Stern, it could work for you and your business.

Say what you want about Howard Stern, but the man knows how to gain and hold the attention of his audience.

Howard’s also a great negotiator. In case you don’t already know, you can watch Howard Stern on “America’s Got Talent.”

But First, You Must Give Howard Stern a Chance

Smart business professionals, authors, and entrepreneurs are risk takers and out-of-the-box thinkers who’ll ‘test’ something to see if it works. It’s like what Derek Halpern of Social Triggers says, “You must master the fields of human behavior and psychology.” Howard’s mastered this.

You may not like Howard Stern, but he can teach you a few things about gaining and hold the attention of your audience. After all, he’s been in radio for over 30 years.

Remember, readers are people too. They have needs and wants and problems that need to be solved. The key is to know how to reach them so you can provide them with the tools to solve their problems.

If you’re ready to put your biased opinions about Howard Stern away for a moment, you’ll learn how to shock the shirts off your readers and keep them coming back for more.

“And rather than hide that, I would rather put that out on the radio and let someone see the full range of emotions. If you’re going to be strong on the radio, you got to let it all out, even the ugly stuff. And you can’t apologize for it.” Howard Stern

Howard Stern doesn’t hide his personality on his radio show or on “America’s Got Talent.” He is who is and owns it. Howard doesn’t try to be something he’s not.

You can’t be afraid of pushing peoples’ buttons. Sometimes, you need to just ‘go there.’ Write a controversial blog post now and again. Get out of your comfort zone and show your readers who you really are. It’s true that you may lose some readers along the way, but they probably weren’t in your circle anyway.

When Howard Stern appeared on ABC’s “The View,” he was himself. Sure, he had to tone it down because he was on daytime television, but he was himself. And let’s face it; he took a risk by being on “The View.” It’s not exactly his target audience. But he embraced the opportunity with fervor and was entertaining.

Here’s a secret…Readers can tell if you’re authentic or not. They can smell B.S. miles away. Be who you are warts and all. If you have an opinion on a subject, state it and don’t apologize for it. Readers will appreciate your authenticity.

Believe it or not, Howard Stern answers questions from his fans. Shocking, I know.

How does Howard have the time to answer fans? He probably has help, but listeners can call into his show and or write him letters and emails.

Imagine the shock when a caller gets through to Howard and he speaks to the caller on air. Most trip over themselves because they can’t believe they’re on air speaking with Howard Stern.

Don’t be afraid to answer comments or emails from readers. It’s great if you have an assistant who helps you out here and there, but there’s nothing more personal for readers (and shocking) than to receive a personalized response from you.

Give readers what they want

Howard Stern is known for being loud and obnoxious and honest and in your face. His audience expects this of him. If all of a sudden he took a softer, more feminine approach, his audience would change the channel faster than you could say “Nielsen Ratings!”

Instead of churning out eBooks, blog posts, articles, teleseminars, webinars, etc. that you think your readers want, give them what they want. If you don’t know what that is find out. Place a poll or survey on your website. Give readers something for free for taking the poll or survey. Just find out what they want and give it to them.

Talking in circles won’t get you anywhere. Say what you want about Howard, but he’s blunt and to the point. It’s no wonder that people in the entertainment industry seek him out for his advice — good or bad.

Readers will find it shocking and refreshing that you’re honest. Most people want honesty; however, you may want to use  diplomacy and tact.

Being honest means you may receive some not-so-nice comments on your blog posts. Remember, everyone has an opinion. Use tact when you respond to comments. Don’t get upset or argue with readers. Just state the facts.

Dare to be different

Did you know that Howard has embraced the three day work week? That’s right. He’s off Thursday and Friday. This isn’t a bad idea. It gives him the opportunity to recharge and work on other projects.

You could follow Howard’s lead and do the same. Instead of posting blog posts every day, post once or twice a month or once a week.

If you need a break, take one. There’s no point in working yourself into exhaustion because it will backfire on you. You’ll be too tired to be present for your readers, your customers, and they’ll know it. Take a break and recharge your batteries before they burn out for good.

“When you hire me, you hire a nut who is going to work 24 hours a day for you and never, ever burn his audience.” Howard Stern

Be who you are and don’t apologize for it.

You probably wouldn’t have thought to put the words ‘humble and Howard Stern’ in the same sentence, but he seems down to earth about his success. He’s worked hard to get where he is and that’s something to be admired.

Put aside everything you’ve heard or read about Howard. Take out the emotions you feel about him, if only for a moment, and look at Howard Stern from a ‘business‘ point-of-view.

He’s built a solid following for the past 30 years and continues to grow in popularity.

He knows how to hook his audience and keep them hooked for years. Heck, the children of the men and women who listened to Howard back-in-the-day probably listen to him right now.

He knows how to be diplomatic and tactful while at the same time being Howard Stern.

So…Will you give Howard a chance?

Let me know in the comments below. I’m curious to know your thoughts!